When The Anvil walked into Ulduar Friday night–with a full 25-man Friday complement for the first time in nearly a month–we’d already had what could be classified as a good weekend.  We’d shaken off the failkarma of a few weeks prior and downed Auriaya and the Iron Council for first-time kills on Thursday night.  Friday’s menu was a spicy appetizer of Crotch Pockets (Ignis), followed by a vegetarian main course (Freya) and some tasty ices for dessert (Hodir).

And we had extra incentive.  One of our raid officers, the gracious and charming Dorritow, told us that if we cleared Freya, Hodir, and Thorim, and got to Mimiron trash, she’d dye her hair purple.  Not in-game.  In real life.

Clearly, we had incentive.

A good primary tanking weapon for the Conservatory of Life.

Ignis fell, and so it was on to see Freya.  If Auriaya is Crazy Cat Lady, Freya is that woman who calls in to the local AM radio gardening show every Saturday morning and rambles on about her begonias before the host has to gently tell her that 7:45 am is too early to be spiking her Ensure with vodka, and then hangs up on her.  Her area is filled with different plant adds, all of whom are out to get revenge for every bite of salad you’ve ever eaten and every bouquet of roses you’ve ever given your significant other.  Basically, it’s PETA–Plants Eating Terrified Attackers.

Now many of us in the raid had never seen the Conservatory before, at all.  I sure hadn’t, in 10- or 25-man.  So you know how it goes on your first time into a place.  Wipe on the trash, steady things up, clear the trash, start grinding down the boss and do a little better each time until you hit your stop time or the boss dies.  Well, surprisingly, we cleared the trash with no wipes (though a few deaths), and set up for our first pull on Freya and her six exciting and dynamic waves of trash ™.

Let me repeat…we kicked her ass the first time we ever saw her.

It was as close to a perfect performance as I have ever seen us give.  We never got behind on the waves of adds.  Each one died with a couple of seconds to go before the next one spawned in.  Once we got a hold of Freya, it was all over…we quite literally beat the Yoggy out of her in short order.  And everybody was standing at the end!

…for about one second.  That’s how long it took the little bombs that I couldn’t see to go off right next to me, hitting me for about 35k damage and leaving me in the Sprawl of Shame(tm) as the raid celebrated our awesome one-shot.  That is, if you’re keeping track at home, the third new boss kill of the lockout period, and the second which I was face down at the end of due to a lack of being observant. 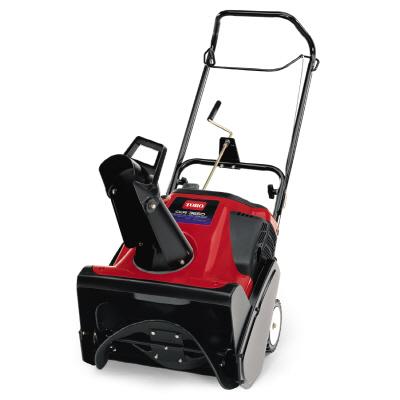 We're calling this Hodir's Bane. We're going to put Berserking on it.

After Freya, it was time for Hodir.  Now we knew that Hodir wasn’t going to be as much of a pushover as his sister…uh, cousin…uh, common-law wife…?  was.  Despite the fact that pretty much all of us had conned his Sons into believing that we were generally cool and froody individuals who should get 20% discounts on their monopoly shoulder enchant prices, Hodir didn’t take it too well when we asked, “so, big guy, what’s in the box?”  Frozen pain ensued.

I lost count of how many times we wiped on the big blue bastard–five or six, maybe seven, I dunno.  This was raiding old-school, biyatch.  This was grinding and grinding and grinding some more, refining our strategy, tweaking assignments here and there, learning things the hard way that weren’t in the explanation–after all, you can read about a fight, and even see movies of it, but until you’re actually there, it just isn’t as good for learning, at least not for me.  Plus, I was in “roflcowpter” mode for this one (arms spec) since it’s a one-tank fight, so I had to shift gears and remember my “waiting for Godot” rotation that I hadn’t played in a few weeks.

But y’know what?  We eventually beat the Yoggy out of him, too.  Our fourth new kill of the weekend, and a great way to end an awesome lockout period.  Sadly, we didn’t have time to attempt Thorim, so Dorritow gets to keep her hair its natural color.  For now.  Doom comes for you, darlin’, and it comes with a bottle of purple hair dye.

This entry was posted on June 9, 2009 by Anonymoose. It was filed under raid and was tagged with raid, The Anvil, Ulduar.

Other Places I Ruminate

I’m on the TNB Wiki